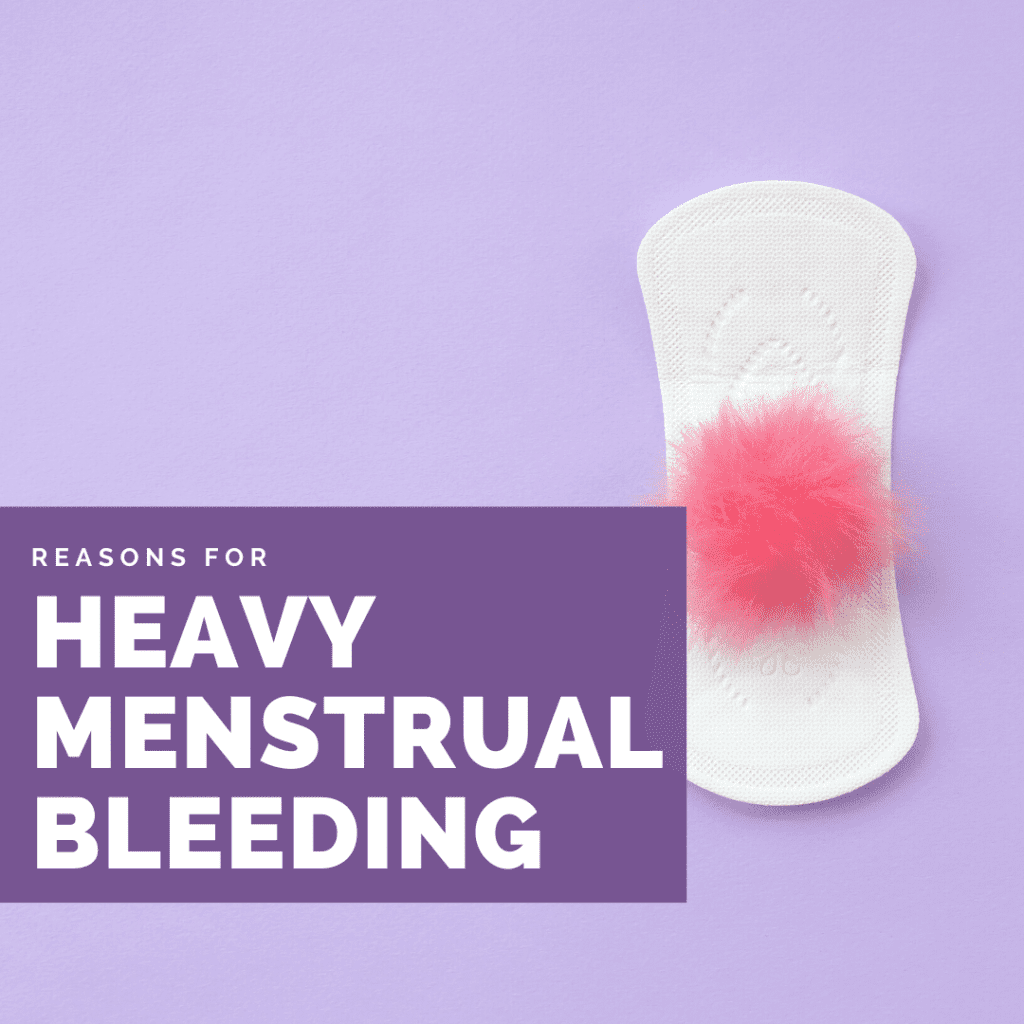 For many women, Aunt Flo arrives every month for her 3-7 day visit. However, some women may find Aunt Flo more unbearable than others. One reason for this is due to the amount of menstrual bleeding that occurs. Although every woman’s period can vary slightly, normal periods generally last no longer than 7 days and during this time approximately 5 ml-80 ml of menstrual blood is lost.

While this is the norm, it is estimated that 1 in every 20 women has heavy menstrual bleeding. Known as menorrhagia, this condition is characterized by a menstrual period that lasts longer than 7 days, the passing of clots the size of a quarter or larger, and/or soaking through a pad or tampon in less than 2 hours. In these cases, over 80 ml of menstrual blood is lost.

A balance between estrogen and progesterone is responsible for building up the lining of the uterus. When either one of these hormones is out of balance, this causes the uterine lining to develop thicker, which then leads to heavy menstrual bleeding. Hormonal imbalances can be caused by obesity, insulin resistance, polycystic ovary syndrome, and thyroid problems.

In the case that your ovaries fail to release an egg, the body will not produce progesterone. This leads to a hormonal imbalance that can result in heavy bleeding.

This is a condition where glands from the lining of the uterus work their way into the uterine muscle. It can affect the entire uterus or it can also be focused in one area. Adenomyosis is known for causing pain and heavy bleeding.

Cancers of the uterus and cervix can also result in heavy bleeding.

Having one period that is both late and heavy can be a sign of a miscarriage. Additionally, heavy bleeding and cramping can also be indicative of an ectopic pregnancy, or a pregnancy that develops outside the uterus.

In some cases, heavy menstrual bleeding can be a side effect of using an intrauterine device (IUD). The bleeding may become lighter over time, or your doctor may recommend an alternative method of birth control.

Medications such as anti-inflammatory drugs, hormonal medications, and anticoagulants can increase menstrual bleeding. Additionally, medical conditions like kidney or liver disease can also cause heavy bleeding.