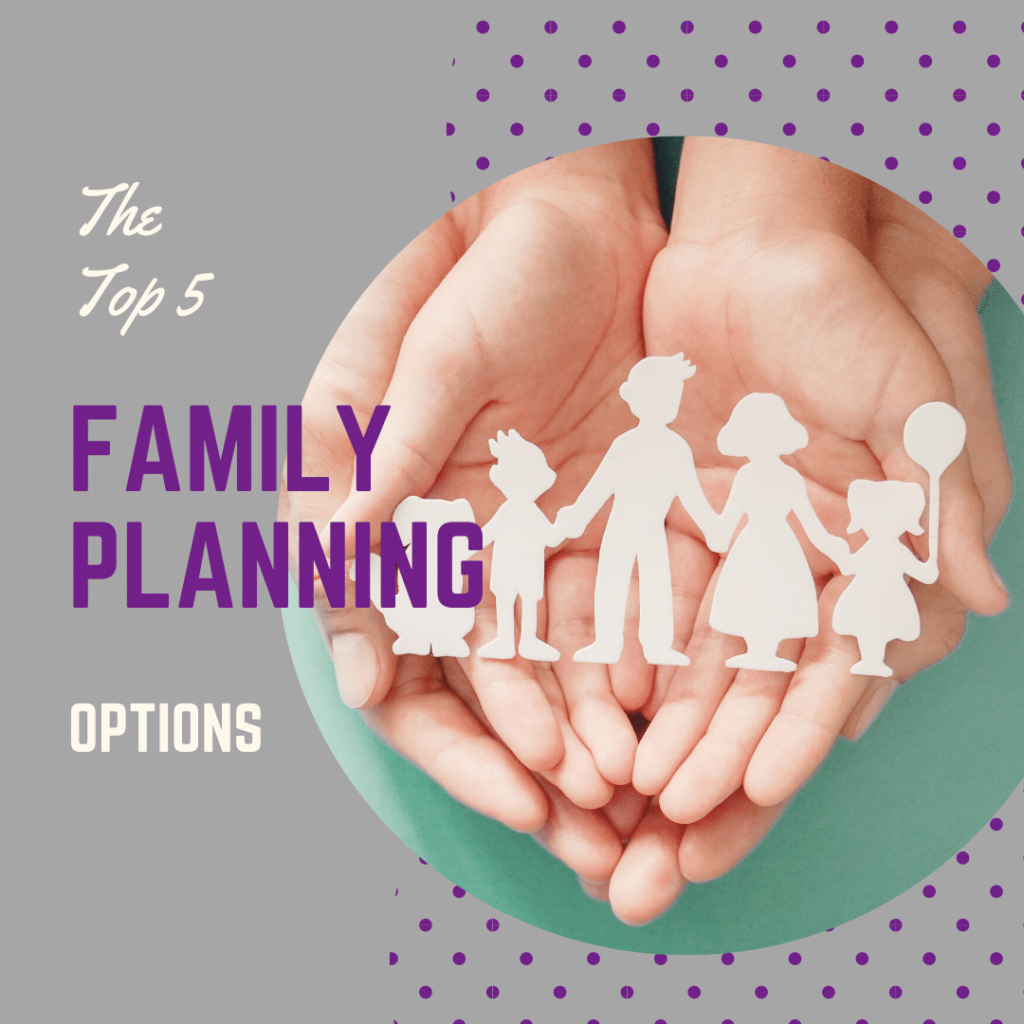 Starting a family is an exciting endeavor for many. However, starting a family when you are not ready can be terrifying and stressful. For this reason, your gynecologist is devoted to helping you with family planning. One large part of family planning is avoiding pregnancy until you are ready. This is often known as birth control or contraceptives.

Contraceptives, like their name suggests, prevents pregnancy by not allowing conception to occur. Conception is the scientific term used to describe the moment when sperm fertilizes the egg, turning the egg into an embryo. There are different types of contraceptives that can prevent pregnancy in different ways. Here are the top five most popular family planning contraceptive methods:

The barrier contraceptive method prevents pregnancy by physically blocking the sperm from reaching the egg. The most commonly used barrier method is the male condom, which are latex sleeves that fit over the penis to prevent sperm from entering the vagina during intercourse. There are also diaphragms or cervical caps, which are placed in the vagina to block sperm from entering the cervix. These are often used in coordination with spermicides, which are foams, gels, creams, films, suppositories, or tablets used to kill sperm.

The intrauterine contraceptive method prevents pregnancy with the use of an intrauterine device (IUD). The Levonorgestrel intrauterine system (LNG IUD) works by releasing a small amount of progestin each day, while the copper IUD works by producing an inflammatory reaction that is toxic to both sperm and eggs. Intrauterine devices are often used for long-term birth control.

Permanent contraceptive methods, unlike the above methods, are irreversible and will permanently prevent pregnancy. Tubal ligation or “having one’s tubes tied” is a surgical procedure that ties the fallopian tubes in the female to prevent fertilization. A vasectomy is a surgical procedure that severs the tube between the testicles and urethra to prevent sperm from leaving the body during ejaculation. Both methods result in sterilization, or the inability to reproduce.

As you can see, there are various different options available for family planning. These different options allow you to choose a method that fits into your lifestyle and is effective for your life plan. If you are not sure which method would work best for you, your gynecologist can help you make an informed decision.