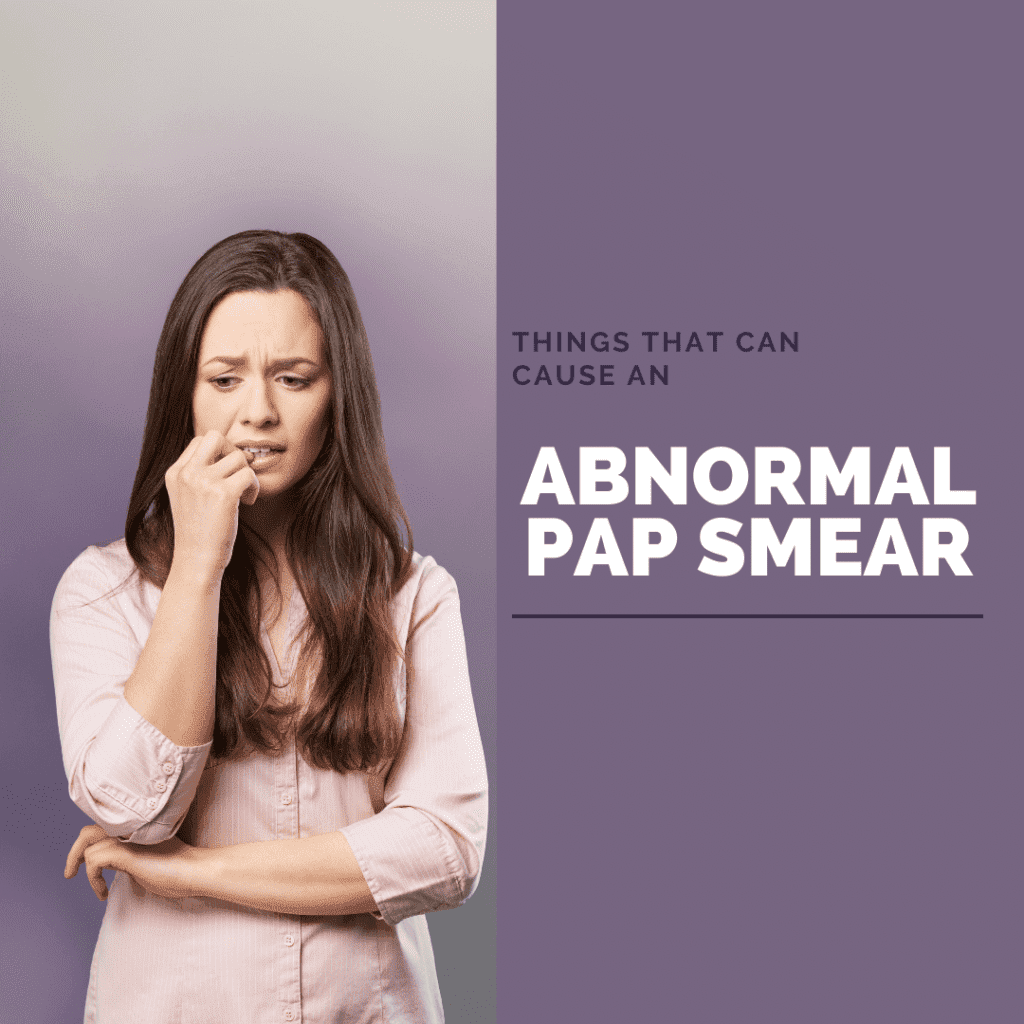 During a pap smear, also known as a pap test, your gynecologist scrapes off some cervical cells as a way to screen for cervical cancer, as well as precancerous cells. While a normal result means that you have no evidence of abnormal cells, an abnormal test does not necessarily mean that you have cancer or that anything is actually wrong. In fact, an abnormal pap smear can mean a variety of things, including:

HPV is one of the most common causes of an abnormal pap test. HPV is a sexually transmitted infection that is usually symptomless and will eventually resolve itself. In some cases, however, HPV can lead to the development of cervical cancer. Just because you have HPV, does not necessarily mean you will get cancer, but it will likely mean that your gynecologist may recommend more frequent screenings.

Cervical dysplasia is a term used to describe changes in the cells that make up the surface of the cervix. While cervical dysplasia itself is not considered to be cancer, it can develop into cancer if it is not properly treated. In most cases, mild cases of cervical dysplasia will continued to be monitored by your gynecologist, while more severe cases may need to be treated by removing the affected cells.

Almost all cases of cervical cancer are diagnosed from an abnormal pap test. This is primarily because cervical cancer does not produce noticeable symptoms in the early stages, so the best way to catch it is by detecting cancerous cells. Luckily, annual pap smears help to detect slow-growing cervical cancer when it is in its early stages and is the most treatable.

Another cause of an abnormal pap smear is STIs. in women ages 16-35, one of the most common STIs that interferes with pap smear results is trichomoniasis, although any STI can potentially cause an abnormal result. Trichomoniasis produces symptoms such as vagical odor, itching, and discharge.

In some cases, an abnormal pap smear can simply be the result of random causes. For example, lab error, recent menstruation or sex, being too close to menstrating or on your period, using tampons,  or even taking a bath before your test, are all random things that can cause a pap test to come back abnormal. In these cases, additional testing is usually needed to rule out problems.

After receiving an abnormal pap smear, your gynecologist will set up an appointment to discuss why your test was abnormal and what it means. They may also make recommendations for further testing or treatment. In some cases, an inconclusive or abnormal result can also be caused by recent intercourse or use of menstrual products. In these cases, your gynecologist will likely recommend you have another pap test to obtain more accurate results. Overall, an abnormal pap result is not something that you should panic about.