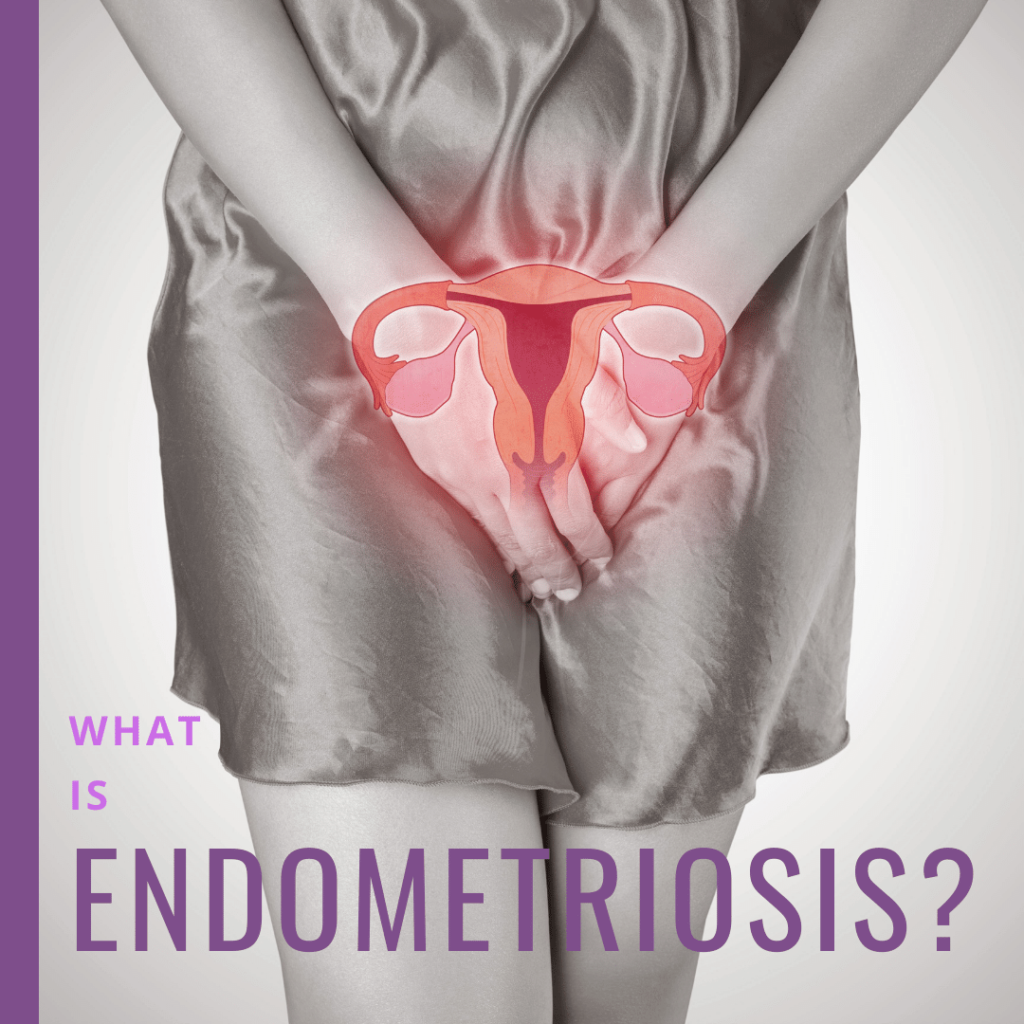 The most common symptom of endometriosis is pain, specifically in the lower back and pelvis, during or after sex, in the intesintes or lower abdomen, and pain associated with menstrual cramps and bowel movements. Endometriosis can also cause bleeding or spotting in between periods. Additionally, it can also cause digestive problems like diarrhea, constipation, bloating, or nausea that can increase during menstrual periods.

These symptoms generally occur as a result from inflammation in the abdomen caused by growths outside the uterus. Depending on the size and location of the growths, there can be varying levels and locations of pain and other symptoms. In cases where growths cause the pelvic area or reproductive organs to change shape, infertility may be another symptom. According to research, endometriosis affects one out of every two infertile women. However, the good news is that many women diagnosed with endometriosis are still able to get pregnant, but it may take longer than usual.

However, if you are trying to get pregnant being on hormonal birth control is counterproductive. In these cases, a gonadotropin-releasing hormone (GnRH) is used to cause a temporary menopause. During this temporary menopause, your menstrual cycle will stop and the endometrial growths will be controlled. This means that your chances of getting pregnant increase once you stop taking the medication and your menstrual cycle returns.

The most common and effective treatment for endometriosis is hormonal birth control. Continuous cycle birth control, which stops your period, as well as extended cycle birth control that causes only a few periods a year are generally used. Since these methods eliminate or decrease menstrual periods, they also decrease the amount of bleeding and pain.

In the most severe cases, surgical intervention may be used to provide relief or increase the chances of getting pregnant. During endometriosis surgery, your surgeon will remove the endometrial growths. After surgery, hormonal treatment will be used to control future growths unless you are trying to get pregnant.

Although researchers have been studying endometriosis, there is still no known cause. Some possible causes that research have identified, however, include: retrograde menstrual flow (blood flows back into the body rather than out), genetics, problems with the immune system, increased estrogen levels, and complications from a past C-section.

Since there is no exact cause of endometriosis, there is also no exact way to prevent it from occurring. Nevertheless, many gynecologists recommend reducing your estrogen levels as a method of prevention. This can be accomplished by using hormonal birth control, exercising regularly, and avoiding large amounts of alcohol and caffeine.

If you regularly experience severe pain during menstruation or are having trouble getting pregnant, you should schedule a consultation with your local gynecologist to determine if endometriosis could be the problem. Additionally, regular well woman exams can allow you and  your gynecologist to closely monitor your reproductive health and provide you with the necessary treatments.