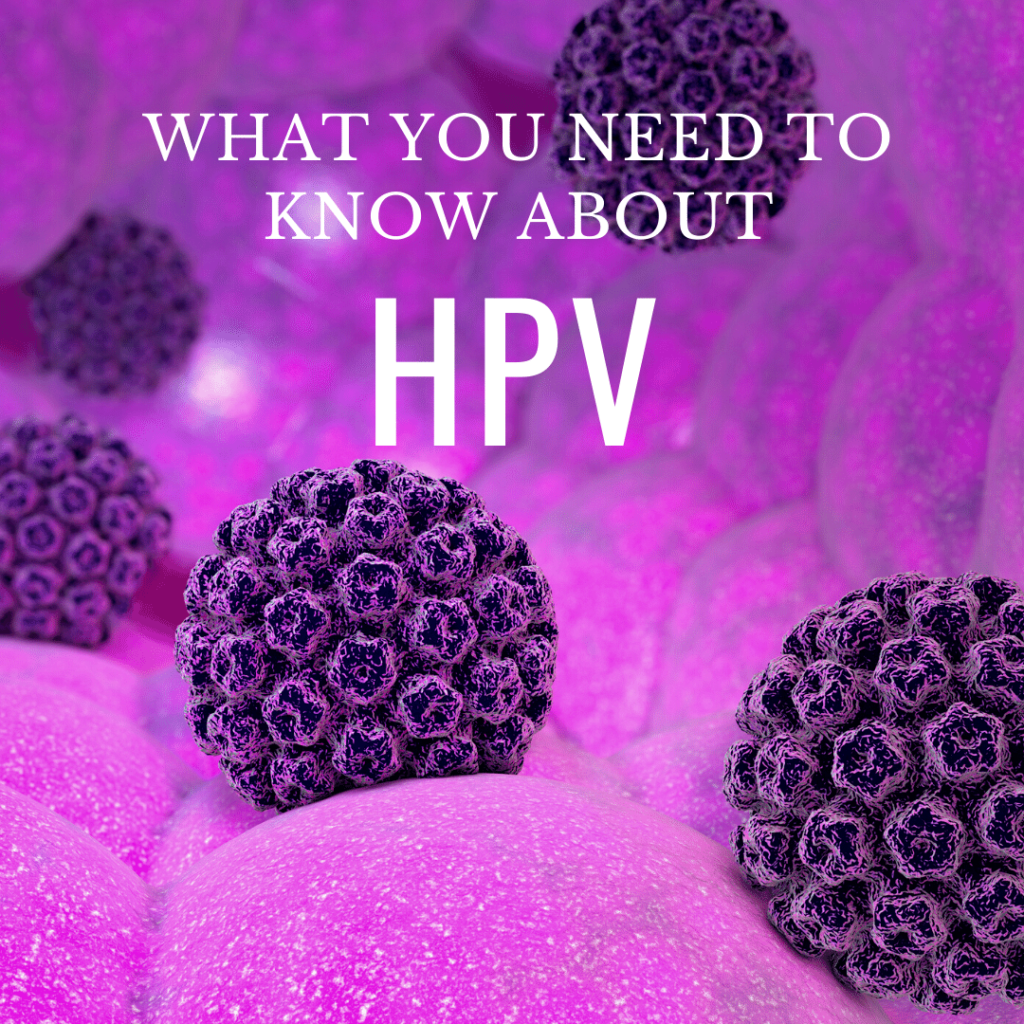 Did you know that, according to the American Cancer Society, about 14 million people are infected with HPV every year? HPV, or human papillomavirus, is the most common sexually transmitted infection (STI) among people. In fact, the Centers for Disease Control and Prevention (CDC) notes that as many as 80% of people will get HPV during their lifetime. There are estimated to be over 200 different strains of the virus, with 40 of these strains affecting the genital region. In most cases, people who have been infected with HPV have no symptoms and are not even aware they have it. Other cases can result in the emergence of genital warts or cancer.

Unfortunately, there is no cure for HPV, however it can be easily prevented with a simple vaccine. The vaccine prevents HPV infections from occurring and decreases the risk of abnormal cells developing on the cervix (cervical precancers).  In fact, the vaccine has been found to drop the rate of infection by 86% in teenage girls and the rate of cervical cancers in women by 40%. Additionally, the HPV vaccine has been estimated to prevent about 32,000 cases of cancers caused by the HPV virus. (Source: CDC).

Since there is no cure for HPV, it is recommended to get the vaccine earlier rather than later. The American Cancer Society recommends that both males and females begin the HPV vaccine series around the age of 11, before they are sexually active. People under the age of 14 will only need two shots spaced six months apart to be protected. However, people between the ages of 15 and 45, will need three shots with the second shot being given 2 months after the first and the last being given 4 months after the second.

It is important to know that if you have already been infected with a certain strain of HPV, the vaccine will not cure this infection. However, being vaccinated will protect you from becoming infected by other strains of HPV in the future. When you consider the fact that there are an estimated 200 strains of HPV, getting vaccinated is still worthwhile even if you have been infected with a strain of HPV. Additionally, be sure to seek treatment for an HPV infection to prevent it from getting worse.

Although the HPV vaccine has been shown to be safe, there are still possible side effects that may occur. These side effects are generally mild and can include: headaches, fever, or pain, swelling, or redness at the injection site. Some people may worry about claims made that the HPV vaccine can cause fertility problems. At this point, however, research has indicated that HPV vaccines do not cause fertility problems and that they can even improve a woman’s fertility by preventing the need for cervical cancer treatment.

Overall, various medical professionals highly recommend getting an HPV vaccine to protect yourself and reduce the risk of developing certain cancers. The vaccine prevents HPV infections, can be given to anyone from the age of 9-45 safely and with minimal side effects, and can ultimately prevent various types of cancers from ever occurring. For more information about the HPV vaccine and to determine if the vaccine is right for you, schedule a consultation with your local gynecologist.