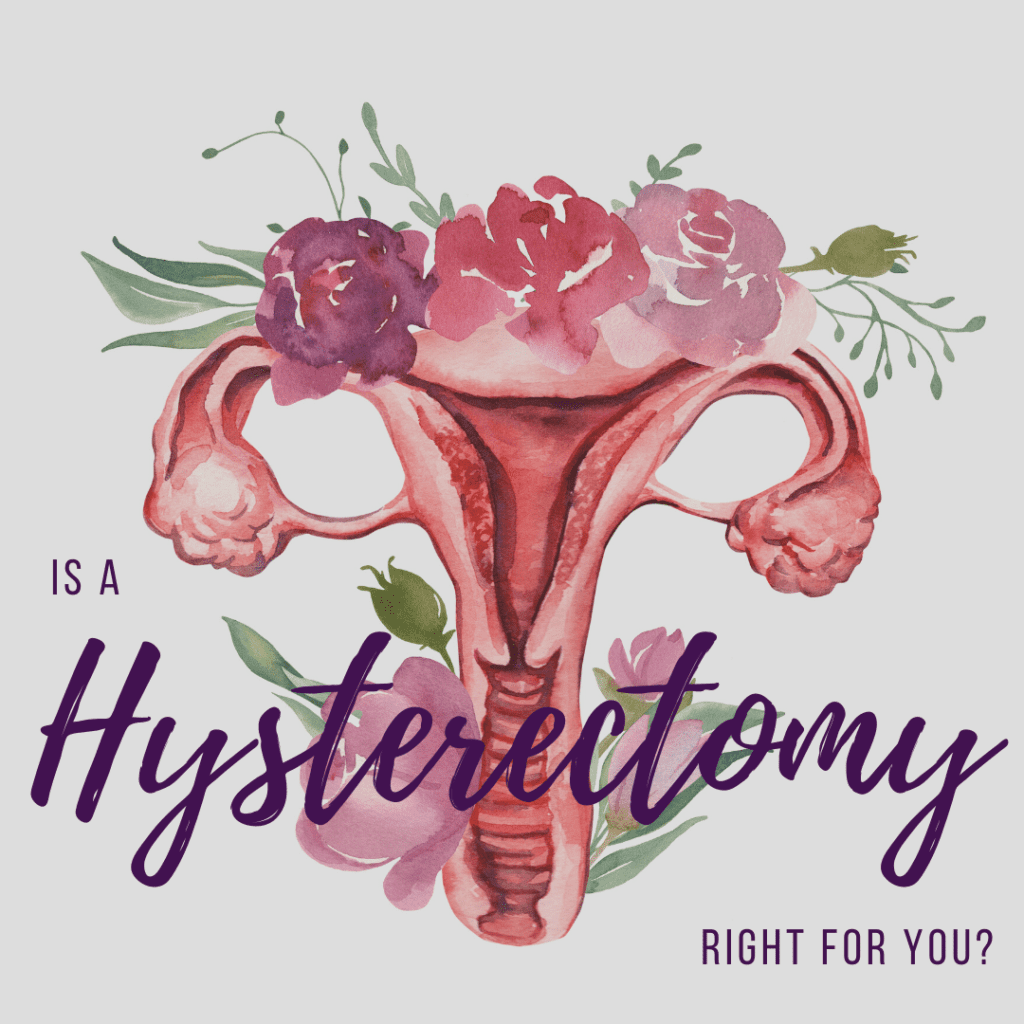 Did you know that a hysterectomy is the second most commonly performed surgery on women? As many as 500,000 women in the United States have hysterectomies each year. A hysterectomy is a surgical procedure used to remove the uterus. In some cases, the fallopian tubes and ovaries can also be removed.

Hysterectomies are surgically performed in one of three ways: as an open surgery, laparoscopically, or with robotic assistance. Open surgery, also known as an abdominal hysterectomy is when a 5-7 inch incision is made in the abdomen and used for the removal of the uterus. A laparoscopic hysterectomy is when several small cuts are made in the abdomen and the entire surgery is performed through these small holes. Finally, robotic assisted laparoscopic hysterectomies are performed with the use of a surgical robot.

A hysterectomy may be right for you if you have any of the following conditions:

This is a condition where the lining of the uterus actually grows into the muscle tissue of the uterus and causes the uterine wall to thicken. Some cases can be treated with hormone therapy and pain medication to alleviate the pain and heavy bleeding. Although adenomyosis resolves itself after menopause, some women with severe symptoms may require a hysterectomy.

If you have cancer of the uterus, ovary, cervix, or endometrium, a hysterectomy may be recommended as a way to treat the cancer and prevent it from spreading. However, this depends on the severity and type of the cancer, as well as your overall health. Around 10% of hysterectomies are performed due to cancer.

In some cases, delivery complications during both a vaginal or cesarean birth can lead to a hysterectomy. However, this is rare and generally only happens as a lifesaving measure.

This condition is characterized by the endometrium (inner lining of the uterus) growing outside the uterus. As a result, endometriosis causes severe menstrual pain and can cause infertility. Although some cases can be treated with hormone therapy and certain medical procedures, a hysterectomy may eventually be recommended.

These are noncancerous growths made of fibrous tissue that grow in the uterus. Fibroids are associated with heavy bleeding and severe menstrual pain. In some cases the fibroids can be removed and the uterus can be left intact. However in cases where the fibroids continue to grow back and cause pain, a hysterectomy may be recommended.